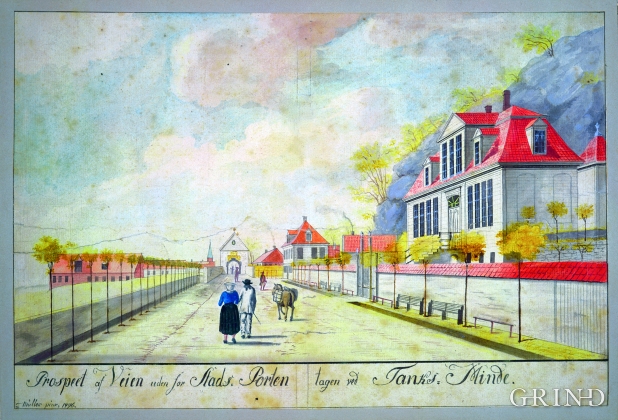 Stadsporten is the only town entrance that was built in Bergen. The foundation stone was laid down 6 August 1628. Several inscriptions, coats of arms and memorial plaques describe construction, repair and reconstruction throughout the centuries. On both sides of the entrance there were earth embankments, with an earth ditch towards Kalfaret in the south. Originally there was a drawbridge which could be extended across the earth ditch. In the repair of 1792 the rooms above the brick arch were arranged to hold the town’s archives and the so-called Stadsportarkivet was placed here until 1971. Goods that the farmers brought with them from the countryside invoked a customs fee that had to be paid at the town gate.

In the 1850s it was suggested that the town gate should be pulled down as it had no historic interest. Today it is preserved and is an important cultural memorial in the town.