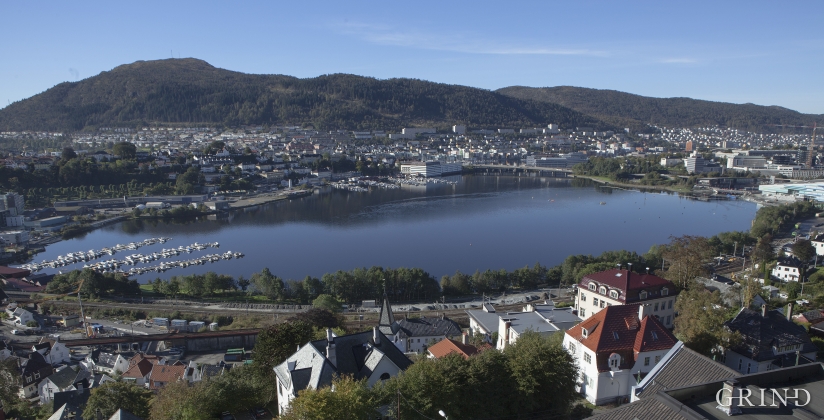 LUNG IN DANGER OF DISAPPEARING

Store Lungegårdsvannet (named after Lungegården – Vincents Lunge’s farm) was once big, in any case, compared with its size today. Earlier, there was also a wide current that led into Smålungeren. In Viking times this water reached all the way into Torgallmenningen, about where the ground begins to rise up toward Engen.

In the 1920s, Smålungeren got closed off. Later, filling in has reduced the surface area of Store Lungegårdsvannet to less than 35% of its original area. The filling in continues.

Store Lungegårdsvannet is a typical example of a partly closed off marine area with a plentiful supply of fresh water. The shallow threshold to Strømmen closes off the deep waterand isolates it inside. The enclosed water masses are strongly layered, often with a layer of freshwater on top. Therefore, the total water exchange is less and the layering of the water masses becomes even stronger. For the same reason, the water gets iced over more often than earlier.

Few other places in Hordaland have algal blooms as early as in Store Lungegårdsvannet. Some years one can already see the greenish colour in February, but usually it is first noticeable in March. A rich supply of nutrients and a thin top layer of fresh water give ideal growth conditions for the algae.