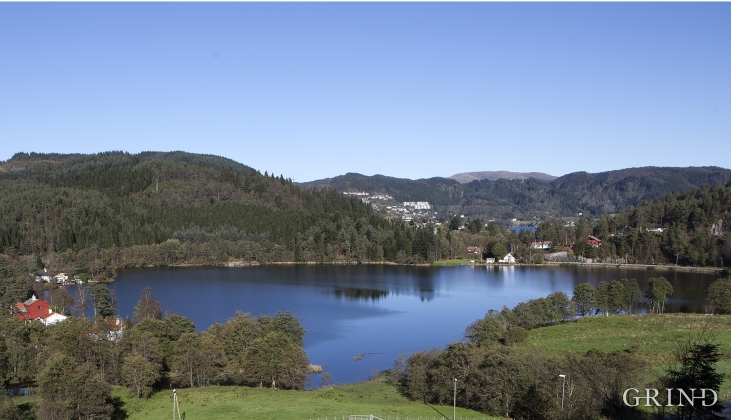 Lake Kalandsvatnet and the smallerLake Klokkarvatnet, which lies in direct contactwith Lake Kalandsvatnet, were among the first lakes to be formed after the last ice age ended here in this country. This is what the stickleback, who migrated in with the freshwater after the ice age, tells us. The stickleback that lives in the sea has a complete row of plates along both sides of its body. These plates get reduced in number and size the longer the species has been living in freshwater. In Klokkarvatnet, a whole 65% of the stickleback population lacks these side plates. The lake is also known for its large eels.

The trout in the water is for the most part of good quality. Best known, nonetheless, is the good quality of the char fish. In fact, there are two types of char found here, the common char and the black char, that are distinguished by their different appearances, size, spawning time and the depths at which they live. Also Crucian carp and pike have been introduced in Lake Kalandsvatnet.

The water treatment facility has improved the water quality in the water system considerably in recent years. It is possible that this was accomplished too late to save the freshwater crayfish. This species was introduced into into the water system, but is thought now to have disappeared.