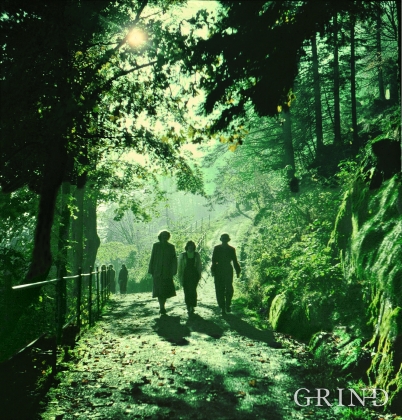 On the way to Tippetue, one late summers' morning in the 1950s. (Alf Adriansen)

Planting of forest on Fløyfjellet (Fløy Mountain) began small scale in the 1870s. The newly created Bergens Forest- and Tree-Planting Company was central to getting the initiative going.From an early annual report from the company, it was said that, "It should be an honour for Bergen, that the city's own perimeter does not appear to be a naked moor longer than absolutely necessary". In the decades that followed, the mountainsides were systematically planted, and this was viewed by most as positive. But, when the company started planting out on Ulriken in 1936, there was a reaction. The critics maintained that the mountains, which for generations had lent character to the city, lost their profile. Bergen was in danger of becoming the city between the seven ridges.